Which HMOs need a licence? 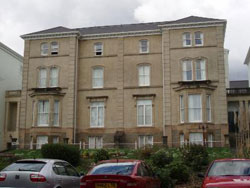 Both of the exceptions above can be licensed where an individual local authority so decides by way of an Additional Licensing scheme.

Some properties may be used partly as residential use and partly as something else – a conference facility, a workshop or food outlet for example.

If a local council is satisfied that a property is primarily used as the main residence of tenants and the other use is additional to this, they may classify it as an HMO and it may need a licence.

Another example of this would include a house used in the summer for a holiday let, but for the rest of the year the house is let to tenants.

Where there is doubt or dispute about a building’s definition as an HMO, the Housing Act 2004 provides for a building or part of a building to be declared, by the service of a notice, to be an HMO by a local authority.  Thereafter to be treated as such.

This notice is appealable to the First-Tier Tribunal (Property Chamber – Residential Property).