What is an HMO?

National HMO Network > What is an HMO? 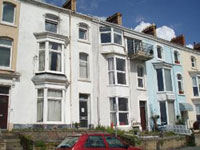 N.B. Due to the devolved administrations of the United Kingdom, the information on this website relates to England only except where explicitly referred to otherwise.

The Housing Act 2004 introduced licensing of HMOs and a new definition of a House in Multiple Occupation from 2006 in England and Wales.

Licensing is required for some types and sizes of HMO dependent on national (Mandatory) requirements (which changed in 2018) or local licensing schemes implemented by individual local authorities to deal with local issues.

The following are considered to be HMOs (some or all of which maybe licensable HMOs):-

There are other exemptions given by the Housing Act for certain accommodation (mostly by virtue of how they are managed/owned).

Whilst there has previously been no specific definition of an HMO in Planning legislation, changes introduced by Government to the Use Classes Order in England only mean that there is now a legal definition for planning terms which means that an HMO has the same meaning as in Section 254 of the Housing Act 2004.

Any new property to be occupied as an HMO in England will need planning consent under class C4 (HMOs), but planning consent will not be needed for any HMO reverting back to class C3 (dwelling houses). The Regulations do not apply retrospectively to existing HMOs.